Who I am
Tassilo Kubitz
@tassilokubitz
EXTERNAL REFERENCES: 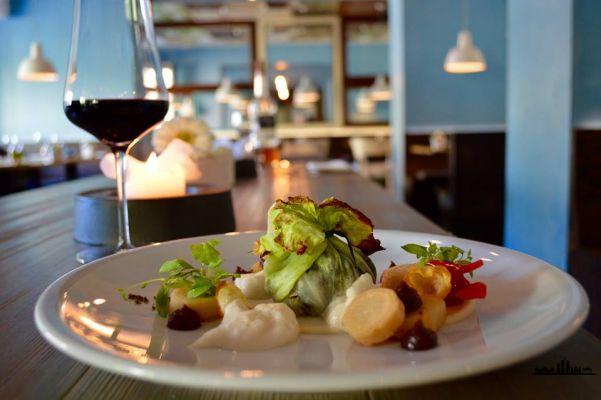 Cream Cookies belongs to the city of Berlin, starting in 1994 when the capital and its people sought space and pleasure in the reunified city. Today it is still here to accompany the explosive evolution that invests the capital. Once it was frequented by friends, family, neighbors of the ward, when it was still a dark basement bar, it had another name and at night it turned into a techno-club that had non-stop parties. When everyone started saying "let's go to Cookies!" it was decided that this would be his name. Since then, the place has come a long way, today the "Cookies World" includes the vegetarian restaurant Cream Cookies near Unter den Linden, the crackers - Bar and Restaurant with the addition of dj-nights and the Cookies - Events and Catering, capable of flawless organization for parties and banquets.

Lucky Leek is located in the heart of the Prenzlauer Berg district and is one of the vegan restaurants most attractive in the city conforming to the vibrant and young life that surrounds it. The appearance of the place is neat and very nice. The passion and the unique style of the chef Josita Hartanto make this place an approved destination Michelin guide. In addition to classic dishes, the offer includes characteristic taste experiences resulting from the creativity and enthusiasm of Josita, also the author of several books dedicated to vegan cuisine. Each new day sees the choices of the best specialties available, which include raw and gluten-free foods. A good tip for the discerning and daring palate.

In the center of the Kreuzberg district but secluded enough to avoid the hustle and bustle of Kottbusser Tor. One time Viasko it was an Irish pub and partly retains its style, inside nice relaxing corners where you can have food and drinks and maybe read one of the books of the “Viasko library”, a beautiful terrace is a beer garden and offers refreshment even in the open air. Large spaces and round tables for large groups or small tables for two for an intimate meal.  Vegan cuisine prepared by a strictly vegan cook, meticulously chosen. A special feature to try is the "Moema coffee", a coffee devoted to the fair trade, whose production and packaging are entrusted to small Brazilian producers.

Recently opened and the first in Berlin to be a "clean-eating-Restaurant", which uses ie only 100% certified organic and gluten-free products, no trans fats, artificial additives or white sugar are allowed. The name The Bowl it means "the bowl" and this is how food is offered, cooked or raw, everything is served in bowls, a symbol for the characteristics of simplicity, naturalness and healthy food. Christoph, the owner, is a well-known guy in the Berlin vegan scene, who was responsible for opening another vegan bar about ten years earlier. The Bowl is located in the Freidrichshain District with a direct look at the Warschauer Strasse bridge.

Vegan bar and restaurant very welcoming but exclusive, in the clearest days flooded by the sun thanks to the large windows, it also offers tables outside. The Kopps he wants to focus on tasty gastronomy that excludes meat. Their motto is “enjoy healthy and local food”. A creative cuisine that uses only seasonal vegetables from small local producers, including in the Brandenburg region. It offers mostly regional dishes with the addition of some particularities resulting from a selected and attentive team. Without resorting to extremes, Kopps declares a sincere commitment to the protection of animal rights.

photo by Bistro Bardot via facebookBardot

In the heart of the Friedrichshain district, the Bistro Bardot it is the restaurant of the Hotel Almodovar, friendly and moderate in size. Dedicated to vegetarian food, delicate dishes and organic cuisine and drinks. Not only complete dishes but also small tapas for a not too demanding tasting. Describing themselves, this is the "sinnlich vegetarianische Mittelmeerküche" (vegetarian and sensual Mediterranean cuisine). Inside, it offers a wine shop for tasting excellent wines and an exclusive Lounge Bar which offers delicious cocktails in the evening.

It overlooks the large square of Helmholtzplatz, in Prenzlauer Berg and is closer to a bio-fast-food (as it intends to define itself) rather than a restaurant. Vego Foodworld offers a large selection of burgers, cutlets, sausages, salads and six different types of pizza, all strictly vegetarian or vegan. It wants to be a meeting place for vegan supporters but also for those who love healthy taste and those who simply want to share a meal, perhaps accompanied by good music. From time to time, in fact, concerts or events of different types are organized.

“We are what we eat”, at the center is man and his nutrition. Naturally it's a mecca for vegans, with simple wholes and a minimal style that mirrors the simplicity of meals. For more than twenty years it has served tasty vegan dishes to fans of the healthy diet ed was the first in Berlin to offer macrobiotic cuisine with the exclusive use of certified organic farming ingredients. In addition to catering, it organizes a catering service and are offered cooking courses. There is no shortage of events organized ad hoc to interest the public in the philosophy of the macrobiotic. Facing the park of Schustehruspark, it is not far from the splendid Charlottenburg Palace.