A day in Potsdam: What to see in the "German Versailles" 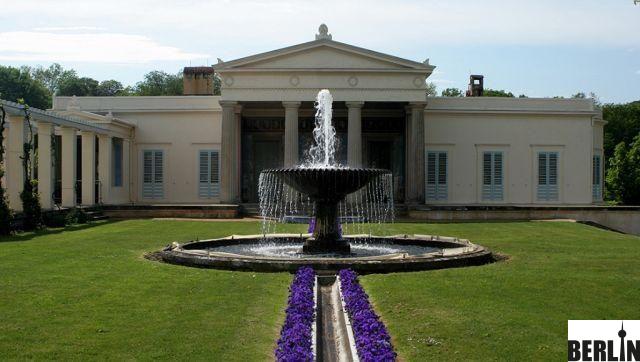 Il Sanssouci Palace it is one of the most famous castles of Potsdam and is located in the eastern part of the homonymous park. The building was commissioned by Frederick II the Great between 1745 and 1747 as his summer residence in the Rococo style. In 1990 the castles and gardens of Sanssouci park have been included in the UNESCO heritage. The park extends for about 290 hectares and houses numerous buildings and constructions, including: the temple of antiquities, the obelisk portal and the cave of Neptune.

BOOK THE GUIDED TOUR OF THE SANSSOUCI PALACE

Always within the Sanssouci Park finds its space there Peace Church. It was built between 1845 and 1854 by the will of Frederick William IV of Prussia who entrusted the project to the architects Ludwing Persius and August Stuler. The church is configured as a harmonious architectural complex where the romantic religiosity of the sovereign and his admiration for Italy blend perfectly.

Il Charlottenhof castle was born as the summer residence of the Elector Federico Guglielmo, famous for his great artistic sensitivity. The existing building, a Baroque manor house, was renovated by architects Karl Friedrch Schinkel and Peter Joseph Lennè who transformed it into a Prussian arcadia.

Il Cecilienho Palacef is a building recognized by Unesco as a World Heritage Site in 1990. Its origins date back to 1914 when Kaiser Wilhelm II of Germany had it built for the heir to the throne William and his wife. The palace also became famous for hosting the works of the Potsdam Conference in 1945, this is where Churcill, Truman and Stalin discussed the future of Germany. Currently the palace houses a museum, a hotel and a restaurant.

At the gates of Berlin there is a suggestive and fascinating building inside which it is possible to admire over 20000 tropical plants and animals. We are in the Potsdam Biosphere, here you live a unique experience that allows you to discover a real "rain forest" in an interactive, educational and fun way.

SKIP THE LINE TICKETS FOR THE BIOSPHERE

Il Dutch quarter it is absolute the most characteristic area of ​​the entire city of Potsdam. On both sides of the Mittelstraße you can stroll between traditional XNUMXth century buildings designed by the Onaldese architect Boumann. All buildings house craft shops, bars and cafes for a stroll dedicated to shopping and discovering local traditions.

For those who decide to stay a few days in Potsdam, the Wash house represents a must. This place indeed it is the most famous in the whole city, it is here that local young people and tourists gather to spend evenings in good company. In the summer months it turns into an open-air cinema.

At the gates of Berlin is the Babelsberg Film Park, a huge building that takes you straight into the world of cinema and television. Visitors to the park can get in touch with everything that is used in the making of a film, from costumes and props to technical equipment. A must for all movie fans and for the most curious.

How to reach Potsdam from Berlin

Given its proximity to Berlin, Potsdam is easily accessible by car with a journey of about 45 minutes. A valid and even faster alternative is to take the S-Bahn train.

East Side Gallery, the mural gallery on the Berlin Wall

Berliner Dom, the cathedral of Berlin

add a comment of A day in Potsdam: What to see in the "German Versailles"