The 10 apps you need to download before leaving for Berlin 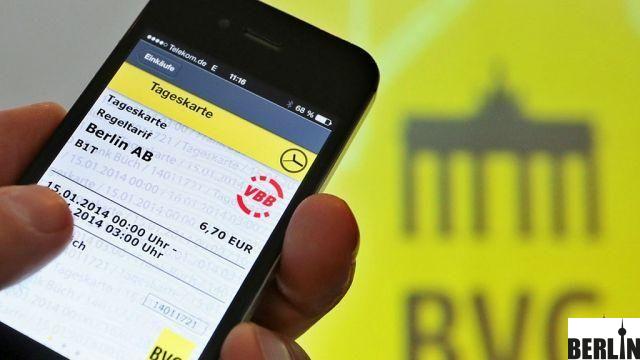 The 10 apps you need to download before leaving for Berlin

Berlin vehicles are always precise, but which one to choose and how to use them? Here she is app to move around Berlin without effort: just type in the starting point and the arrival point, and you will know which way is best to take, what are the timetables and which routes to use.

Berlin is the European mecca of street art. Here is the app that suggests you the best works of the former Berlin Wall, but also the best graffiti around the city. The app includes addresses and routes to get to the graffiti, descriptions of the works and artists and photos.

Are you vegan or vegetarian? This app takes you to the discovery of "vegan Berlin". Here there are over 90 vegan places, from restaurants to takeaways, with detailed descriptions and directions to reach them; 230 veg bakeries; 200 veg shops for shopping; more than 100 coffee shops that deal with soy milk.

The app that offers an interactive guide for your visit to the Berlin Wall. The map of the app shows the entire route of the former Berlin Wall, through images, clip art and descriptions. You can filter the options and choose from historical points of interest, traces of the wall, exhibits and memorials.

Is there a line at Berghain?

A holiday in Berlin cannot be called such without spending an evening in the most famous nightclub: the Berghain. This app has been out for some time now it tells you if there is a queue or not: via a push notification it warns you when the queue has thinned out.

- Spatkauf, called Spati, are those small night & day shops that sell a bit of everything, from food to cigarettes, and are very useful in critical moments. This app shows you the ones that are open and closest to you on the map, indicating the route.

If you don't feel like taking public transport, this app allows you to book a taxi directly from your mobile. Basically, the app takes note of your location via GPS, calls the taxi, and notifies you when it has arrived. Furthermore, you will be able to know the fare in advance.

The app always updated on all kinds of events in Berlin, according to your preferences. Find all the events around you with a simple click, choosing from musical, theatrical, artistic performances and much more.

Like Ask Helmut, this app acts as your partner driving in Berlin evenings. You can discover all the events, concerts, theatrical performances, parties organized by the various clubs, and you have the possibility to block tickets directly from your mobile.

The best viewpoints to see Berlin from above ❯

The Best Schools and Courses in berlin

9 things NOT to do in Berlin

Practical advice for those traveling to Berlin with children