The clubs of Berlin. Techno. History 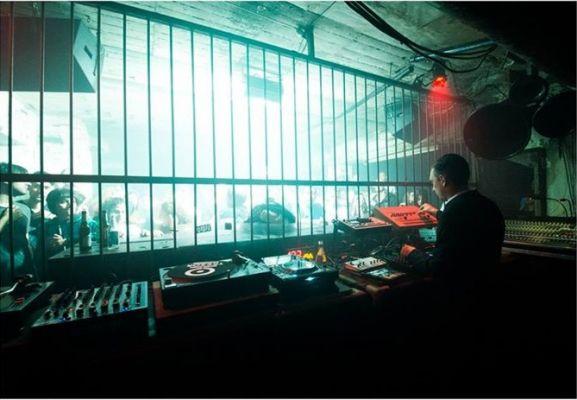 The clubs of Berlin. Techno. History

From club to club, there is always an alternative

The neighborhoods most devoted to the clubbing they are definitely Friedrichshain and Kreuzberg. In the Warschauer strasse area, in the old industrial complex of Paste RAW, today a "playground" for adults, the Suicide Circus has existed for over twenty years, involved in various artistic projects and musical evenings, in weekend party techno e house (generally on Saturdays).

In the summer you can also dance outside, like many of the gods Berlin clubs has an open space. Next to this, the Urban Spree, a rather new project that houses an art gallery, two rooms for events, an outdoor space with a DIY-oriented style. Shows and concerts they are frequent but also evenings made for dancing, such as electronic, experimental or noise music events.

photo by Oh-Berlin via flickr At one end of the Ponte Oberbaumbrücke, there is the entrance to the Watergate open since 2002 and one of the club in Berlin best known. On both floors the view overlooks the river through glass walls and a sort of outdoor terrace seems to float on the water. Music is techno, house, within the reach of many.

Not far from here, on the canale di Treptower Ufer the well-known Club der Visionäre, translated as “visionary club”, appears. Outdoors, with a wooden platform that extends over the water, it is a not too intense club where you can dance to house or techno music (on a small dancefloor) or look out onto the shore, chat, have a drink.

Its winter version is called Hoppetosse, on the opposite bank of the canal there is an old boat built in 1928, today a pub, restaurant and club together. Indoor dancefloor and relaxation corners but a rather limited capacity.

On the same channel, there is the young ipse, open since in 2014, with the summer, they began to organize party open-air in a place without a name. Much appreciated in just over a year, it is frequented only in the summer period, when the house and techno music find a compromise with the party open air.

Another reality among the most popular is the about: blank a few steps from the railway station of Ostkreuz. Born as an illegal place, it has two rooms and an outdoor garden that can offer magical moments when the sun is shining. The music mostly goes from techno to house to bass electronics, the genres offered are different.

Close to another railway station, that of Sun all, There is the Griessmühle, surrounded by a garden and touched by water, former pasta factory which maintains the appearance of the typical Berlin club a bit saggy. Electro, techno, house, various musical organizations follow one another in the weekend hours starting from Friday evening and there is no shortage of alternative cultural events.

Read also "The best festivals in Berlin and Germany in the summer of 2018".

The legacy of the famous Bar 25

The well-known event site Resident Advisor describes it as "an infamous Berlin afterhours party shack" (an infamous shack for Berlin afterhours). It was the Bar 25, the extraordinary experience of a day and night club simply unique. Opened in 2003, it becomes a reference point for Berlin music scene and European, the wonderland on the banks of the Spree river, the forbidden one, the one of endless parties, a vibrant world where nothing matters anymore, only freedom and its sharing. One of the coolest places in the German capital, forced to close in 2011 by the city's redevelopment plan.

Legacy of this dream: ben three premises in Berlin set up by the same people. We start with the Kater Blau which is the second attempt at the rebirth of Bar 25 after hangover Woody (now demolished) and stands right on that area.

Inside it wants to recall the style of the past, even if it is not easy. It has two dancefloors and an open space overlooking the river, which prevails over wood, trash style, an interest in the absurd and house and techno music selection. Outside the weekend it organizes events related to theater, To instrumental music, in the cinema.

Another invention of the crew of the Bar 25 is the Chalet, built iin a 150-year-old building, inside, a rather unusual atmosphere recalls that of a 20s living room and outside, in the courtyard, a fairytale garden. The program is quite versatile but the focus remains there electronic, techno and house music.

Then there are the places that have made history, that history that still binds the city of today Berlin to electronic music in an indissoluble way. First of all, a former railway depot which in 2004 was called Berghain and becomes the most famous underground club in the world. Before that, he had called himself Ostgut e Snax e born in the 1998 as a gay-fetish club.

Today it remains true to gay community but it opens the doors to all lovers of good music, powerful bass and transgression.

It is the meeting of every vice in a place where everything is allowed, where the sound of the best known djs techno of the moment pumps through the best existing music system. It adds a set of elements, sometimes inexplicable, which contribute to making the Berghain a rather mystical experience.

Without forgetting the floor above, the Panorama Bar, secondary but still exclusive and much loved room, with a more oriented music selection techno-house.

There is one thing that says a lot. Music is how Berliners celebrated regained freedom, "when the Wall fell, techno arrived" He says Dimitri Hegemann, founder of a club that symbolizes this history he Tresor.

Born in 1991 from one of the many industrial skeletons that filled the city, no lighting systems, a semi-dilapidated structure left as it was, damp and an unbreathable air, inside, only a soundsystem capable of changing everything, of freeing the turbulent passions that agitate the souls of Berliners in those years.

Here is the safe it was this, a console in a cage that made the history of Berlin techno and not only. The sound is intense, dark, it is there techno Detroit style to shape the scene.

It closed in March 2005 to reopen in 2007 and remains one of the busiest and most exclusive clubs in the German capital.

Worthy of mention, albeit young, is the Club OHM, inserted in the complex of safe. Former battery room of the disused power plant, it remains a small, cold and square room that is mostly dedicated to the sexperimental electronic sound, with a preference for analog.

Treptower Park: The Berlin park between nature and history

Urban beaches in Berlin: summer atmosphere in the heart of the capital

Viktoriapark: What to see in the Kreuzberg urban park

What to see in a weekend in Berlin

add a comment of The clubs of Berlin. Techno. History